His research interests include performance indicators and evaluation in education, as well as creativity measurement and models of teaching and learning. He is a proponent of evidence based quantitative research methodologies on the influences on student achievement. Prior to his move to the University of Melbourne, Hattie was a member of the independent advisory group reporting to the New Zealand's Minister of Education on the national standards in reading, writing and maths for all primary school children in New Zealand.

Hattie undertook the largest ever synthesis of meta-analyses of quantitative measures of the effect of different factors on educational outcomes. His book ''Visible Learning'' is based on his PhD thesis at the University of Toronto in 1981.

''Visible Learning'' has come under criticism for mathematical flaws in the calculation of effect sizes and misleading presentation of meta-analyses in the book.

In the 2011 Queen's Birthday Honours, Hattie was appointed an Officer of the New Zealand Order of Merit, for services to education.

He is married to Professor Janet Clinton, also at the University of Melbourne. Provided by Wikipedia
Showing 1 - 4 results of 4 for search 'Hattie, John, 1950-', query time: 0.03s Refine Results 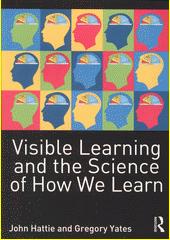 Visible learning and science of how we learn 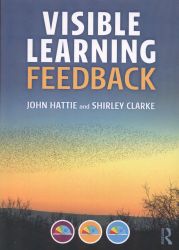 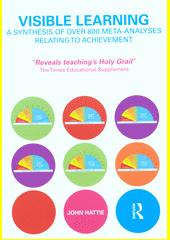 Visible learning : a synthesis of over 800 meta-analyses relating to achievement