Christian Wolff (less correctly Wolf, ; also known as Wolfius; ennobled as Christian Freiherr von Wolff in 1745; 24 January 1679 – 9 April 1754) was a German philosopher. Wolff was the most eminent German philosopher between Leibniz and Kant. His main achievement was a complete ''oeuvre'' on almost every scholarly subject of his time, displayed and unfolded according to his demonstrative-deductive, mathematical method, which perhaps represents the peak of Enlightenment rationality in Germany.

Following Gottfried Wilhelm Leibniz, Wolff also wrote in German as his primary language of scholarly instruction and research, although he did translate his works into Latin for his transnational European audience. A founding father of, among other fields, economics and public administration as academic disciplines, he concentrated especially in these fields, giving advice on practical matters to people in government, and stressing the professional nature of university education. Provided by Wikipedia
Showing 1 - 20 results of 45 for search 'Wolff, Christian von, 1679-1754', query time: 0.06s Refine Results 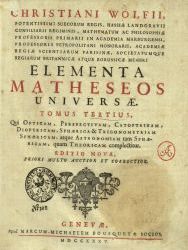 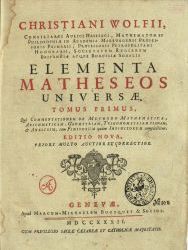 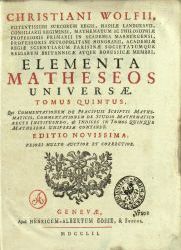 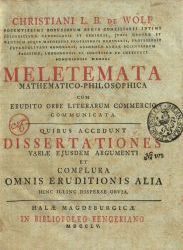 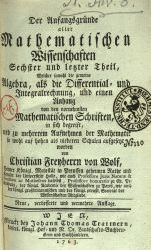 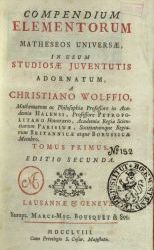