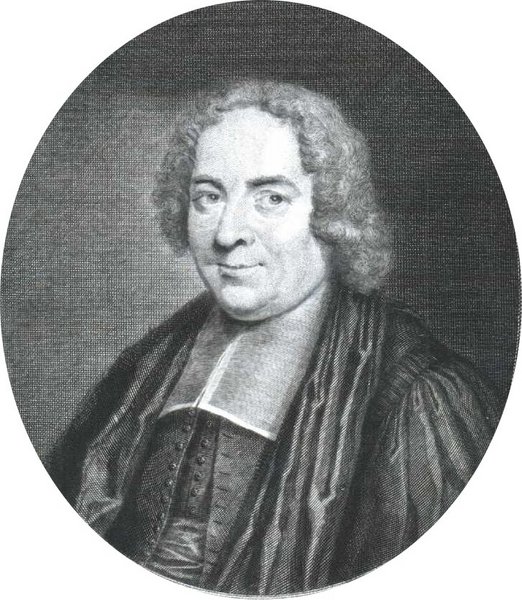 Pierre Varignon (1654 – 23 December 1722) was a French mathematician. He was educated at the Jesuit College and the University of Caen, where he received his M.A. in 1682. He took Holy Orders the following year.

Varignon gained his first exposure to mathematics by reading Euclid and then Descartes' ''La Géométrie''. He became professor of mathematics at the Collège Mazarin in Paris in 1688 and was elected to the Académie Royale des Sciences in the same year. In 1704 he held the departmental chair at Collège Mazarin and also became professor of mathematics at the Collège Royal. He was elected to the Berlin Academy in 1713 and to the Royal Society in 1718. Many of his works were published in Paris in 1725, three years after his death. His lectures at Mazarin were published in ''[https://iris.univ-lille.fr/handle/1908/3119 Elements de mathematique]'' in 1731.

Varignon was a friend of Newton, Leibniz, and the Bernoulli family. Varignon's principal contributions were to graphic statics and mechanics. Except for l'Hôpital, Varignon was the earliest and strongest French advocate of infinitesimal calculus, and exposed the errors in Michel Rolle's critique thereof. He recognized the importance of a test for the convergence of series, but analytical difficulties prevented his success. Nevertheless, he simplified the proofs of many propositions in mechanics, adapted Leibniz's calculus to the inertial mechanics of Newton's ''Principia'', and treated mechanics in terms of the composition of forces in ''Projet d'une nouvelle mécanique'' in 1687. Among Varignon's other works was a 1699 publication concerning the application of differential calculus to fluid flow and to water clocks. In 1690 he created a mechanical explanation of gravitation. In 1702 he applied calculus to spring-driven clocks. In 1704, he invented the U-tube manometer, a device capable of measuring rarefaction in gases. Provided by Wikipedia
Showing 1 - 2 results of 2 for search 'Varignon, Pierre, 1654-1722', query time: 0.04s Refine Results 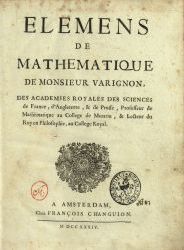