This volume constitutes the refereed proceedings of 13 international workshops held as part of OTM 2008 in Monterrey, Mexico, in November 2008. The 106 revised full papers presented were carefully reviewed and selected from a total of 171 submissions to the workshops. The volume starts with 19 addit... 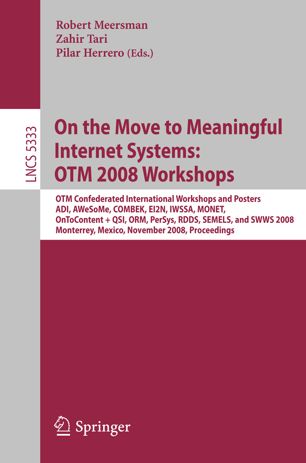