Emperor Gaozu of Tang (7 April 566 – 25 June 635), born Li Yuan, courtesy name Shude, was the founder of the Tang dynasty of China, and the first emperor of this dynasty from 618 to 626. Under the Sui dynasty, Li Yuan was the governor in the area of modern-day Shanxi, and was based in Taiyuan.

In 615, Li Yuan was assigned to garrison Longxi. He gained much experience by dealing with the Göktürks of the north and was able to pacify them. Li Yuan was also able to gather support from these successes and, with the disintegration of the Sui dynasty in July 617, Li Yuan – urged on by his second son Li Shimin (the eventual Emperor Taizong) – rose in rebellion. Using the title of "Great Chancellor" (), Li Yuan installed a puppet child emperor, Yang You, but eventually removed him altogether and established the Tang Dynasty in 618 as Emperor. His son and successor Li Shimin honoured him as Gaozu ("high founder") after his death.

Emperor Gaozu's reign was concentrated on uniting the empire under the Tang. Aided by Li Shimin (), whom he created the Prince of Qin, he defeated all the other contenders, including Li Gui, Dou Jiande, Wang Shichong, Xue Rengao and Liu Wuzhou. By 628, the Tang Dynasty had succeeded in uniting all of China. On the home front, he recognized the early successes forged by Emperor Wen of Sui and strove to emulate most of Emperor Wen's policies, including the equal distribution of land amongst his people, and he also lowered taxes. He abandoned the harsh system of law established by Emperor Yang of Sui as well as reforming the judicial system. These acts of reform paved the way for the reign of Emperor Taizong, which ultimately pushed Tang to the height of its power.

In 626, Li Shimin, in a dispute with his brothers Li Jiancheng, the Crown Prince, and Li Yuanji, the Prince of Qi, ambushed Li Jiancheng and Li Yuanji at Xuanwu Gate, killing them. Fearful of what Li Shimin might do next, Emperor Gaozu passed the throne to him and became ''Taishang Huang'' (retired emperor). He died on 25 June 635.

During Emperor Wen's reign (581–604), Li Yuan served three terms as a provincial governor. Early in the reign of Emperor Wen's son Emperor Yang, Li Yuan served as commandery governor (as Emperor Yang converted provinces into commanderies), but was later recalled to serve as a junior minister within Emperor Yang's administration. When Emperor Yang carried out his second campaign against Goguryeo in 613, Li Yuan was in charge of part of the logistics operation. When the general Yang Xuangan rebelled near the eastern capital Luoyang, Emperor Yang commissioned Li Yuan as a general and made him be in charge of the operations west of the Tong Pass, although Yang Xuangan's rebellion eventually did not involve that region. Li Yuan took the opportunity to recruit talented people to his staff. Later that year, when Emperor Yang summoned him to his presence, he declined, citing ill health—an excuse that Emperor Yang did not believe, as he questioned Li Yuan's niece, a Consort Wang (Emperor Yang's concubine), "Will he die?". In fear, Li Yuan took up drinking and receiving bribes to try to show Emperor Yang that he did not have great ambitions. In 615, Emperor Yang placed him in charge of the operations against agrarian rebels in the Hedong () region (roughly modern Shanxi), but recalled him in 616. Later that year, Emperor Yang put him in charge of the key city of Taiyuan (, in modern Taiyuan, Shanxi). Provided by Wikipedia
Showing 1 - 3 results of 3 for search 'Yuan, Li', query time: 0.02s

The steel industry in communist China Food and agriculture in Communist China 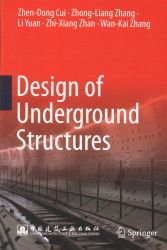