Adam T. Woolley is a professor of chemistry at Brigham Young University (BYU) and the recipient of the 2007 Award for young investigators in Separation Science. Woolley and his group are applying microfabrication methods in making microfluidic systems for bioanalysis.

Woolley contributed a chapter to Robin Hui Liu and Abraham P. Lee's book ''Integrated Biochips For DNA Analysis''. Woolley has also done work on nanowires and DNA use manipulation with nanotechnology. In 2007 Woolley was one of 58 recipients of the Presidential Early Career Award for Scientists and Engineers.

Woolley has been on the BYU faculty since 2000. Since the summer of 2010 Woolley has served as an associate chair of BYU's chemistry department. Provided by Wikipedia
Showing 1 - 1 results of 1 for search 'Woolley, Adam', query time: 0.04s Refine Results 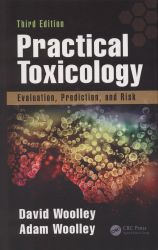