The Education Act 1902 (''2 Edw. VII''), also known as the Balfour Act, was a highly controversial Act of Parliament that set the pattern of elementary education in England and Wales for four decades. It was brought to Parliament by a Conservative government and was supported by the Church of England, opposed many by Nonconformists and the Liberal Party. The Act provided funds for denominational religious instruction in voluntary elementary schools, most of which were owned by the Church of England and the Roman Catholics. It reduced the divide between voluntary schools, which were largely administered by the Church of England, and schools provided and run by elected school boards, and reflected the influence of the Efficiency Movement in Britain. It was extended in 1903 to cover London.

The Act was a short-term political disaster for the Conservatives, who lost massively at the 1906 general election. However, G. R. Searle has argued that it was long-term success. It standardized and upgraded the educational systems of England and Wales and led to a rapid growth of secondary schools, with over 1,000 opening by 1914, including 349 for girls only. The Church schools had financing from local ratepayers and had to meet uniform standards. Eventually, in the Butler Act of 1944, the Anglican schools were brought largely under the control of Local Education Authorities. Provided by Wikipedia
Showing 1 - 1 results of 1 for search 'Meacham, Standish', query time: 0.04s Refine Results 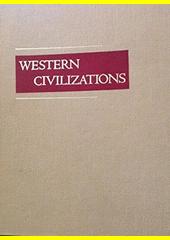 Western civilizations : their history and their culture