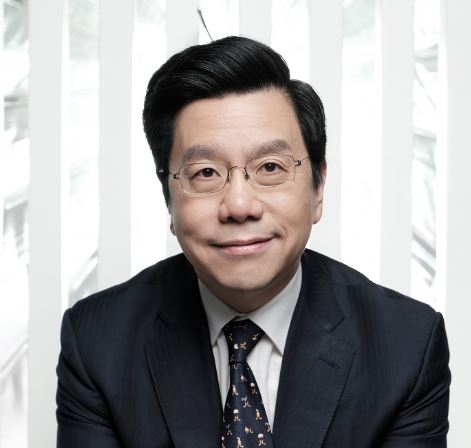 Kai-Fu Lee (; born December 3, 1961) is a Taiwanese-born American computer scientist, businessman, and writer. He is currently based in Beijing, China.

Lee developed the world's first speaker-independent, continuous speech recognition system as his Ph.D. thesis at Carnegie Mellon. He later worked as an executive, first at Apple, then SGI, Microsoft, and Google.

He became the focus of a 2005 legal dispute between Google and Microsoft, his former employer, due to a one-year non-compete agreement that he signed with Microsoft in 2000 when he became its corporate vice president of interactive services.

One of the most prominent figures in the Chinese internet sector, he was the founding director of Microsoft Research Asia, serving from 1998 to 2000; and president of Google China, serving from July 2005 through September 4, 2009. He created a website, () dedicated to helping young Chinese people achieve in their studies and careers, and his "10 Letters to Chinese College Students" have spread widely on the web. He is one of the most followed micro-bloggers in China, in particular on Sina Weibo, where he has over 50 million followers.

In his 2018 book ''AI Superpowers: China, Silicon Valley, and the New World Order'', Lee describes how China is rapidly moving forward to become the global leader in AI, and may well surpass the United States, because of China's demographics and its amassing of huge data sets. In a 28 September 2018 interview on the PBS ''Amanpour'' program, he stated that artificial intelligence, with all its capabilities, will never be capable of creativity or empathy. Provided by Wikipedia
Showing 1 - 2 results of 2 for search 'Lee, Kai-fu, 1961-', query time: 0.04s Refine Results