Oskar Krejčí (born 13 July 1948 in Prague) is a Czech political scientist, the author of approximately thirty books and more than thousand articles in the area of political science. Krejčí is a director of the Institute of the Global Studies of The Jan Amos Komensky University Prague, Czech Republic.

In 1967 he was convicted for an attempt illegal crossing Czechoslovak-Austrian border to a suspended sentence of 14 months. In 1968 Krejčí entered the Communist Party of Czechoslovakia. Since 1975 until the end of communist regime he was a secret agent of the StB, the Czechoslovak secret service. In this position he also supervised other agents.

Before and during the Velvet Revolution he was an adviser to two last Communist Prime Ministers of Czechoslovakia – Ladislav Adamec and Marián Čalfa. He is author of the address of the Prime Minister in whereby was in the Federal Assembly of ČSSR designed on president Václav Havel and author of the program of the federal government of the national understanding.

He is a vocal critic of the plans of the Bush administration to install a national missile defense system on the territory of the Czech Republic and Poland. Provided by Wikipedia
Showing 1 - 2 results of 2 for search 'Krejčí, Oskar, 1948-', query time: 0.04s Refine Results 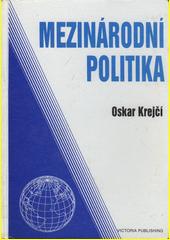 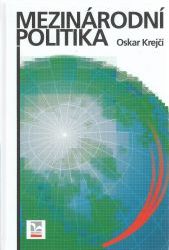