Joshua Gans holds the Jeffrey Skoll Chair in Technical Innovation and Entrepreneurship at the Rotman School of Management, University of Toronto. Until 2011, he was an economics professor at Melbourne Business School in Australia. His research focuses on competition policy and intellectual property protection. He is the author of several textbooks and policy books, as well as numerous articles in economics journals. He operates two blogs: one on economic policy, and another on economics and parenting.

Born in 1968, he spent the first 11 years of his life in Sydney (attending Vaucluse Public School before moving to Brisbane in 1979. He attended the private boys Brisbane Grammar School before receiving a Bachelor of Economics (Honours) and the University Medal from the University of Queensland, and later attended Stanford University for his Ph.D. in economics. His supervisors were Paul Milgrom, Kenneth J. Arrow and Avner Greif. He graduated from Stanford in 1995; having already returned to Australia to take up a lectureship in the School of Economics, University of New South Wales. He moved to Melbourne Business School in 1996 as an associate professor and became a full professor in 2000.

In 2007, Gans received the inaugural young economist award from the Economic Society of Australia. This is an award given every two years to the best economist working in Australia who is aged under 40. 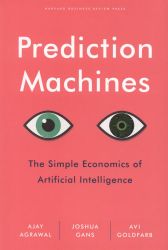