Amy Collins is an American entrepreneur, speaker and author in the field of book marketing and distribution.

Collins started her career in the book industry as the book buyer for Village Green Books in Rochester, New York. In 1996, she became a National Account Representative for Prima Publishing. In 2001, she was named Director of Sales at Adams Media in Boston and, then, rose to the Special Sales Director for parent company, F+W Media. Over her career, she has sold to Barnes & Noble, Target, Costco, Borders, Books-A-Million, Wal-Mart, and all the major chains as well as helped launch several private label publishing programs for the book chains and companies such as PetSmart and CVS. In February 2006, Collins started a book marketing company for small presses that quickly became one of the fastest-growing book distribution companies in North America, New Shelves Distribution.

Collins is a member of Mensa, Independent Book Publisher's Association and is on the board of Author U in Denver, Colorado along with being a member of Fight for Fifteen in New York, a group focused on raising the minimum wage.

She holds a Bachelor of Arts degree in English from the State University of New York, Geneseo. Provided by Wikipedia
Showing 1 - 1 results of 1 for search 'Collins, Amy, 1974-', query time: 0.05s Refine Results 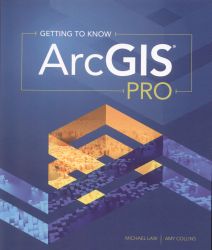 Getting to know ArcGIS Pro