Fiona Cobb, FIStructE is a British structural engineer and author of The Structural Engineer's Pocket Book. The pocket book was first published in 2003 and is now in its 3rd Edition having sold nearly 40,000 copies and is part of the structural engineering exhibit in the mathematics gallery at London's Science Museum. Unusually for a textbook of this type, readers regularly use their copies on a daily basis. The book has made a significant contribution to many engineers' personal practice of Structural Engineering in the UK and beyond; worldwide sales significantly exceed the 27,000 members of the Institution of Structural Engineers and the average 10,000 lifetime sales for non-fiction UK books.

Cobb won the [https://www.acenet.co.uk/ ACE]'s Young Consultant of the Year, 2007 for having published a core industry textbook before age 35 and being a notable woman in a male dominated profession. Notable projects include The Weston Tower to the Queen's Diamon Jubilee Galleries at Westminster Abbey , the first structure to be added to the Abbey in 350 years. She has been a Conservation Accredited Engineer since 2009 and established Cobb & Company in 2019. Provided by Wikipedia
Showing 1 - 1 results of 1 for search 'Cobb, Fiona', query time: 0.04s Refine Results 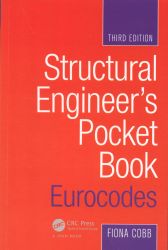