Ven Te Chow (; October 7, 1919, Hangzhou, China, – July 30, 1981), was an engineer and educator. He was a widely recognized hydrologist and engineer throughout the world, acclaimed for his contributions to hydrology and water resources development.

Chow joined the faculty of the University of Illinois in the Department of Civil Engineering in 1948 and became a naturalized U.S. citizen in 1962. Some of his unusual contributions include his watershed experimentation system, which produced storms in the laboratory using sophisticated electronic, pneumatic, and sonar controls. At the time it was one of the most sophisticated laboratories in the world for physical hydrology and attracted worldwide attention and interest among scientists, engineers, and the public. It was the subject of an article that appeared in ''Life'' magazine on June 6, 1969, and was also addressed in the 1969 March issue of ''Public Works'' magazine.

With this unique instrumentation, he introduced a new field of technology known as watershed hydraulics. He also developed a formula for hydrologic frequency drainage design, a method of backwater curve computation.

Chow was the founder and first president of the International Water Resources Association (IWRA). Under Ven Te Chow's leadership, the IWRA began publishing the academic journal Water International in 1975. Over the last 49 years, IWRA has actively promoted the sustainable management of water resources around the globe and become one of the most influential organizations in the field of water. 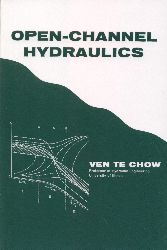 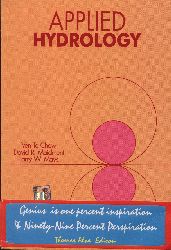