}} Susan Alexander-Max was an American-born British fortepianist best known for her period performances of baroque and classical music. She graduated from the Juilliard School of Music and later studied with Ilona Kabos in London.

She was a member of the period-instrument chamber group The Music Collection, with Simon Standage (violin) and Jennifer Ward Clarke (cello). She was also a professor of piano at the Guildhall School of Music & Drama.

Alexander-Max was born in New York City and recognised internationally as a leading fortepianist and clavichordist specialising in the music of the late 18th and early 19th centuries. Having graduated from the Juilliard School of Music, she won a scholarship to study with Ilona Kabos in London, where she now resides.

She was a finalist in the International Bach Competition and has performed, recorded and taught extensively throughout the United States, the United Kingdom, the Far East and Europe. A featured performer on international radio and television, she has played, as soloist and chamber musician, in festivals, museums and galleries, universities and music colleges world-wide.

Highlights of Susan's performances include venues and festivals such as the Cheltenham International Festival of Music, Queen's Festival of Early Music, Belfast, the English Haydn Festival, the Haydn Festival, Eisenstadt, Austria, the Vleeshuis Museum, Antwerp and the Prague Spring International Festival of Music. She is a frequent guest artist at the Metropolitan Museum of Art, New York City, and she can be heard regularly in the major London venues. Professor at the Guildhall School of Music and Drama in London until 1996, she directed the chamber ensemble, The Music Collection, and the educational project, Music in Schools. In great demand as specialist in early keyboards, she gives masterclasses and lecture recitals throughout the world. She has taught at universities in England, Ireland, the United States, and China. She has also taught in the masterclass series at the Juilliard School of Music, New York City, the Conservatoire National Supérieur de Musique et Danse, Paris, and the Hong Kong Academy of Performing Arts.

As a recording artist, she performed the Chamber Music of Hummel, the Early Piano Sonatas of Clementi and the complete keyboard works of Domenico Zipoli, volume 2. This latter CD was recorded in conjunction with the Metropolitan Museum of Art, NYC, on their Cristofori fortepiano of 1720. All CDs have been awarded top ratings, and they have received outstanding reviews internationally. The second in the series of Chamber Music by Hummel was also awarded BBC recommendation of the month. Her latest CD of Clementi Piano Sonatas has recently been released, as well as the Concertos of Johann Christian Bach. Future recordings include a third CD of Clementi's early piano Sonatas, Hummel piano Sonatas and the piano Sonatas Op.5 by Johann Christian Bach. Provided by Wikipedia
Showing 1 - 1 results of 1 for search 'Alexander, Susan, 1969-', query time: 0.04s Refine Results 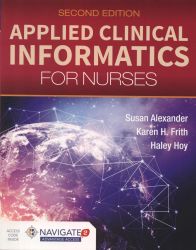