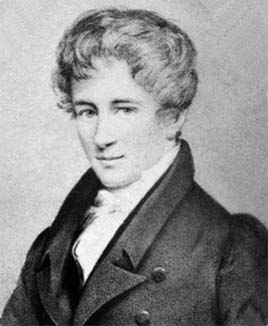 Niels Henrik Abel (; ; 5 August 1802 – 6 April 1829) was a Norwegian mathematician who made pioneering contributions in a variety of fields. His most famous single result is the first complete proof demonstrating the impossibility of solving the general quintic equation in radicals. This question was one of the outstanding open problems of his day, and had been unresolved for over 250 years. He was also an innovator in the field of elliptic functions, discoverer of Abelian functions. He made his discoveries while living in poverty and died at the age of 26 from tuberculosis.

The Abel Prize in mathematics, originally proposed in 1899 to complement the Nobel Prizes, is named in his honour. Provided by Wikipedia
Showing 1 - 5 results of 5 for search 'Abel, Niels Henrik, 1802-1829', query time: 0.04s Refine Results 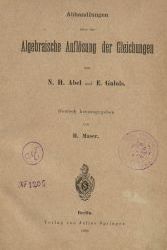 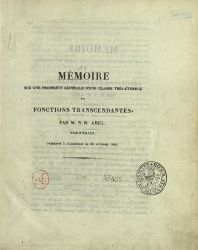 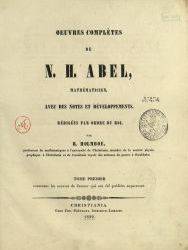